The history of the diamonds 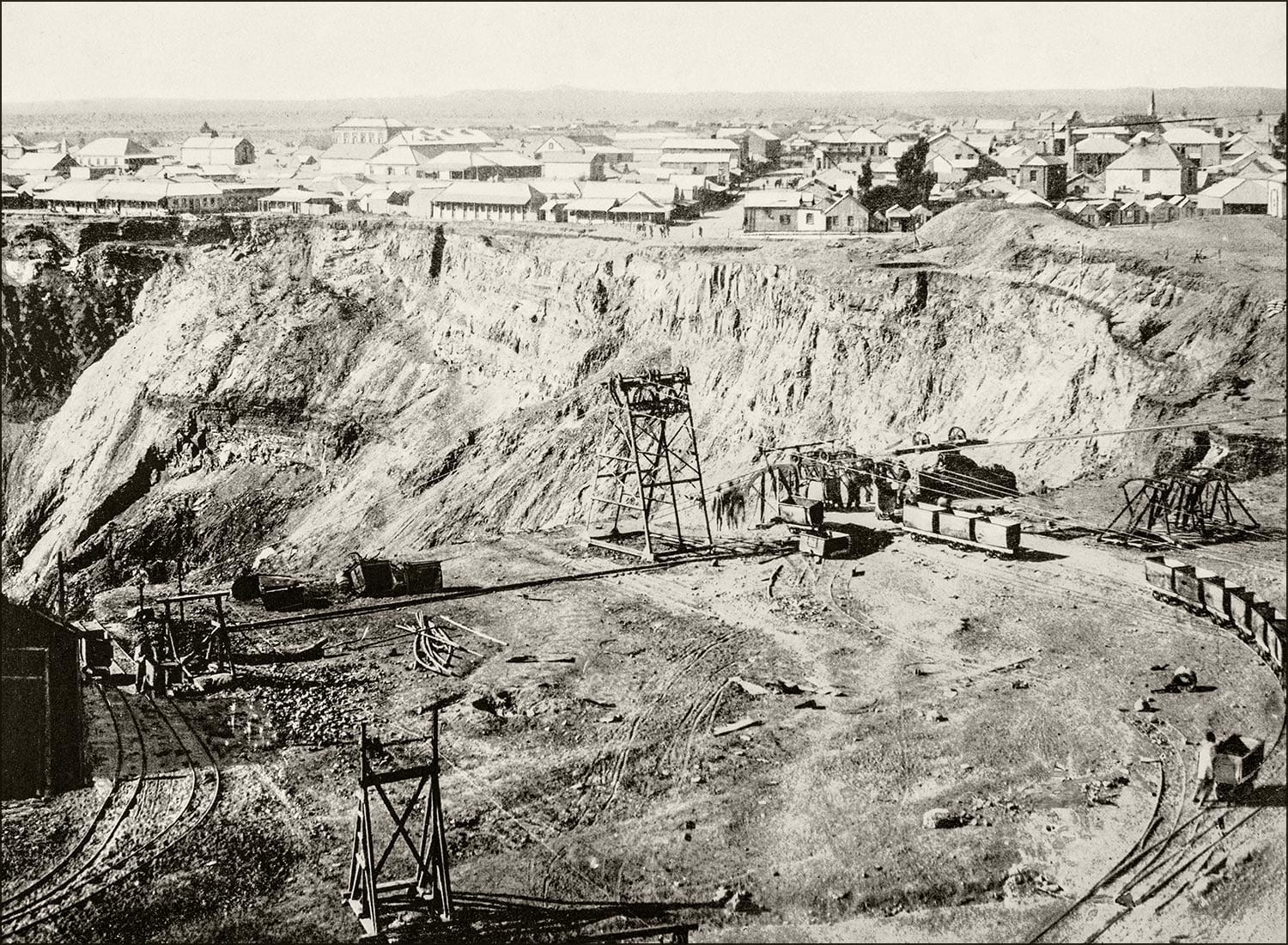 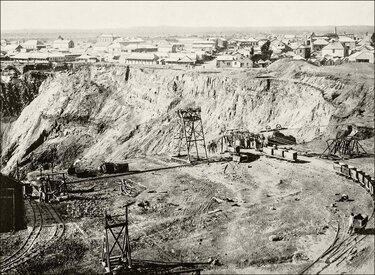 The oldest diamonds come from India and were discovered in the 4th century BC. In ancient Greece Plato mentions the hardness of the gemstone and Theophrast describes the impressive crystal shape. Myths and legends have grown around these stones, which are said to have magical powers.

For centuries, not much happened. Until the 1930s, the demand for transparent gemstones was low. This changed rapidly in the years after the second world war.

There are two main reasons for the increase in diamond production. On the one hand, diamonds are increasingly used in the industry, on the other hand there is an extreme increase in the demand for high-quality diamonds. The increasing demand has caused the prices for diamonds to rise significantly in the recent years.

It is assumed that prices will continue to rise. In the emerging middle classes in China and India more and more diamonds and diamond jewellery are demanded, so these countries already strongly influence the diamond price today.

De Beers and the way to a diamond monopoly

In Africa the diamond trade is connected to an important event in 1867. The children of a Dutch immigrant were playing in the sun with a beautiful, glittering stone. A wandering trader stopped by and watched the children play. He took the stone to town with him and had it examined by a rock specialist. The stone turned out to be a diamond.

Within a few years, the area around the de Beer's farm grew to become the second largest city in South Africa. Many people came to the farm to dig for diamonds in the so-called "Big Hole".

How do I recognize a good diamond?

For those who are not diamond experts yet: If you want to know how to recognize a good diamond, we recommend these two articles.

Diamonds: The 4 C's as a quality feature

Find out everything about diamonds and the 4 criteria which determine the quality of a diamond.

Diamond quality and the 4 C’s 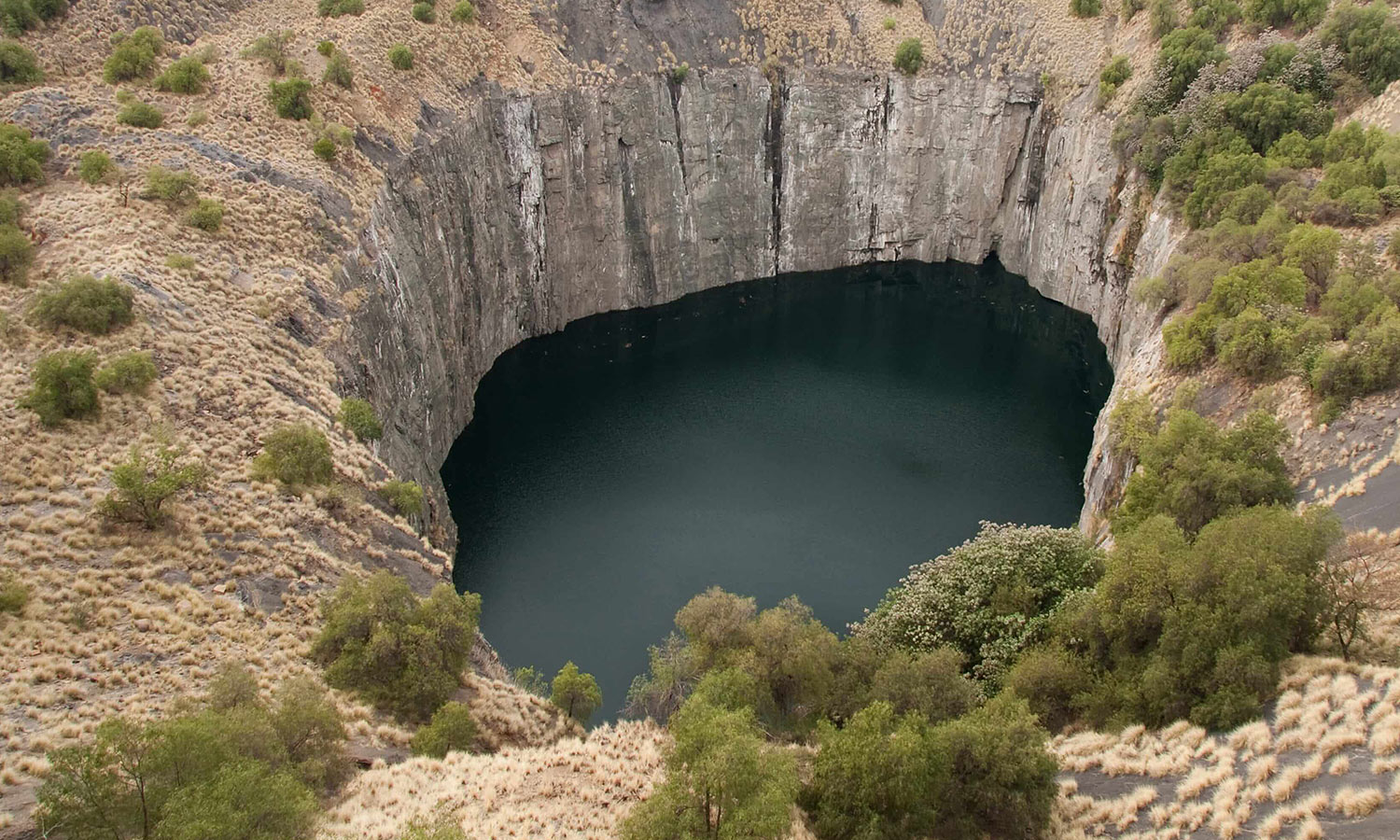 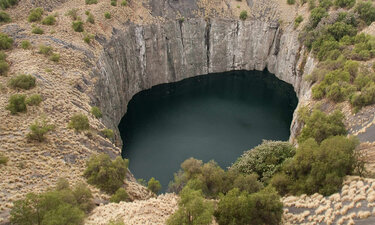 A water pump leads to the foundation of the company

In early 1871, a young man named Cecil Rhodes came to South Africa. He was also attracted to the mining site, where 50,000 people were now living. The 19-year-old began his career by selling ice-cream and drinks to the miners.

He observed a problem that all mine owners had. The deeper the mines became the more water was needed to wash the diamonds out of the rock. Too much water, however, increased the risk of the walls of the mines becoming unstable and collapsing. To solve this problem, Rhodes imported a water pump from England. When the water pump arrived at the Big Hole, the mines were once again filled with water and the mine owners immediately borrowed the Rhodes pump.

The Rothschild family finally recognised his entrepreneurial skills and provided him with the necessary start-up money to found his later world-famous company "De Beers". Over the years he took over further shares until he finally took control of all the mines and became the largest owner of diamond mines in South Africa. Rhodes died in 1902 at the age of 48.

One year after Rhodes' death, the German entrepreneur Ernst Oppenheimer, took over the management of "De Beers Consolidated Mines Limited". For several years, Oppenheimer had been managing a company in Namibia specialising in the mining of gold and diamonds.

Oppenheimer was therefore a suitable man to take Rhodes' legacy. Oppenheimer's goal was complete control over the production and distribution of diamonds. With the support of American bankers, he continuously acquired more and more shares and after 27 years he had taken over all De Beers shares.

With the emergence of huge diamond deposits in South Africa in 1867, the price of diamonds fell steadily over the years. From the early 1870s, where the market was dominated by many small, independent mine owners. The market changed however with increasing influence from De Beers.

Almost 30 years later, De Beers' market share accounted for 90% of global diamond mining. A well-known quote from Ernest Oppenheimer expresses how he intends to change the market in the coming years:

„Common sense tells us that the only way to increase the value of diamonds is to make them scarce, that is to reduce production.“

The goal therefore was artificial scarcity. And so, in the years that followed, diamonds were sold through only one sales channel, the central office in London. Diamonds that were already on the market were also bought. De Beers had found a way to bring the mined diamonds under their control and sell them only to selected traders. With these measures the price could be kept stable.

Smart marketing for a wonderful product

One problem however has remained: the general desire for diamonds continued to decline among the population. Only in England and France was the diamond still regarded as the stone of the aristocrats. The economic crisis at the beginning of the 30's made the situation even more difficult. People no longer invested in luxury goods such as diamonds, as the crisis led to an extreme decrease in private wealth.

Finally, in the 1950s, New York marketing experts were hired to help increase the demand for diamonds. They developed a completely unknown strategy which has been extremely successful. Women in the film industry were all equipped with impressive diamond necklaces and magnificent diamond rings. From then on the precious jewellery was admired in the daily newspapers.

The strategy had one more path, which was even more subtle: Romance and heart-warming love stories have been written in form of prose texts with diamonds as the central element. The resulting literature was offered to American colleges for free as teaching material.

Young women, for example, were influenced by the constant repeated assertion that diamonds and real love were inseparably linked. Advertisements in newspapers and magazines, in which fable and art motifs were the dominant element, consolidated a myth that we still believe today: Diamonds stand for eternity and symbolise true love.

These sophisticated measures benefited their client, De Beers, in particular. The strategy has worked out; no other gemstone in the world today combines as many positive qualities as a diamond.

Find out more about the proposal

We have more interesting information about getting engaged for you! 12 facts you didn't know and tips for the perfect engagement.

What does getting engaged mean? 12 important facts

What does getting engaged really mean? The 12 facts about the meaning of engagement and marriage proposal.

Tips for the perfect engagement

Don't leave anything to chance... We have collected the best tips for a perfect engagement.